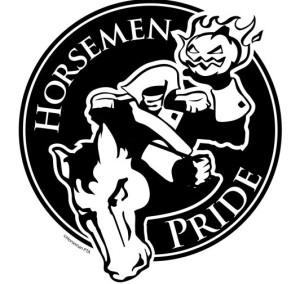 Our meeting was started at 8:10 A.M. by Jacki.  The budget copies were distributed to the board members.  The treasurer reminded everyone that receipts for expenditures for events cannot be accepted after the last day of June.

Tuesday, April 14th, Jacki attended a meeting sponsored by the NY Suburban Consortium for Public Education, introducing Judith Johnson who was chosen as a new representative for the NY Board of Regents.  As a former superintendent for the Peekskill and other districts as well as time in the Federal Department of Education, she has great credentials and spoke about getting back to basics in public education.  Jacki has subsequently forwarded her notes from this meeting to the board members in an email.

Planning for Next Year

Angel and Jacki both agreed to be co-presidents again for the PTA Board next year.  Paul Pirozzi agreed to be secretary again as well.  Jen Bayliss agreed to stay on as Kindergarten VP.  Angel and Jacki agreed to send an email to the board asking for their intentions and commitments for the next school year. Jacki also distributed and read aloud copies of the EPTA goals, and mission statement to the board.

The Foundation for the Public School of the Tarrytowns has agreed to donate funds from their June 20th color run at Kingsland Point Park.  Their goal is $30,000.00, all of which will go to the middle school playground.  The Foundation needs volunteers for this event.  If their goal is exceeded, they will ask for approval for any excess funds to be directed to the Middle School playground project to cover the playground costs.  The board agreed to promote the color run at our spring concerts this year and suggested creative ways to build excitement about the event among the community.

Direct Donation letters were sent and we received more than $2,000.00 in donations.  Thank you letters are being hand written and sent to each donor.  The board is starting another direct donation campaign once the thank you letters have gone out.

Based on the lack of replies to the appeal the board decided to go back to wrapping paper in September, and possibly bringing back the direct donation campaign in 2017. Donna Gates will reach out to Charleston Wrap, the last company we used to sign up for next year.

Order forms went out on April 24th.  Tara has her 1st grade volunteers lined up and Donna needs help sorting and organizing once the supplies arrive at the school auditorium.  They hope to finish by June 1st.

Planning for the Staff Appreciation is all set at each school. They will be held the week of 5/4 in the elementary schools and on 5/12 at the MS.

Jen Povman announced that there will be a seminar on Wednesday April 29th from 7 to 8:30 PM hosted by Meg Kaufer titled “What Parents Need to Know about STEM (science, technology, engineering and math).”  It will be held on the Irvington High School Campus and the address is 40 North Broadway.  Jacki mentioned that Monday, May 4th from 7 to 9PM at the Ardsley H.S. Auditorium (300 Farm Road) there will be a “Night with Dr. Levine”. This talk will focus on the challenge of teaching your children well in an affluent community and the importance of balancing values and coping skills with academics and other activities.

J.P. – Jen Bayliss advised the board that the book fair exceeded last year’s goals.  Next year it was suggested that the Kindergarten skip pasta night, but that they would still have one night of a book fair activity/event.

Morse- Currently they are working on preparing for the trip around the community.  A flyer has been sent, requesting volunteers.  This year, Morse will be combining fun day and field day.  The teachers agreed to do both, with both grades, to be held at Kingsland Point Park.  Leah mentioned that Morse is looking for extra funding above and beyond the $200 that has been budgeted for The Publishing Center.  Angel suggested a potential deal on supplies that would save time and money.  Leah will follow up with Andrea.  The board also suggested reallocating funds from the Lunchtime Book Clubs.

At this point, the board was asked if the volunteer thank you luncheon should be done as a group or by school.  Also, should it be for all volunteers or just chairs.  The board agreed to do it all together as one big group, and to invite all volunteers.  Jen suggested adding a sheet asking “what was your favorite event this year?”  This information could be useful feedback to be used in future event planning.  Dates for the luncheon were discussed and the three most popular, available days were June 8th, June 9th and June 18th.  The board seemed to lean in favor of Tuesday, June 9th.

M.S. – Mitch advised the board that all is going well with the M.S.  They are sending invitations via sign-up genius for the school appreciation luncheon on May 12th.

There is a need for volunteers to help plan the Fall Advocacy Community meeting.  Panel discussions will revolve around education, testing, field testing, as well as other topics. We want to reach out to Assemblyman Tom Abinanti and NY senate democratic leader, Andrea Stewart-Cousins to attend, perhaps Regent Johnson as well as Board members and leadership from our District.  The meeting will be in early October, no date has been set as of yet.  There are plans for a guided Q&A session with the panel.

Next Meeting scheduled for Friday May 15th at 8 A.M.